Toby the Tortoise Gets a New Gular Horn, Part I

In the spring of 2015 my friend John Greene from the California Turtle and Tortoise Club called to ask me if I could care for a Berlandier’s (Texas) tortoise that had been maimed by a dog and abandoned by its former keepers at a veterinarian clinic in Southern California. John had rescued the tortoise from an impending euthanasia that was scheduled by the vet, who thought the tortoise was too badly injured to survive. Fortunately, John knew that turtles and tortoises often survive traumatic events, and thought that this one had a chance. When he asked me if I was interested in nursing this tortoise back to health, I jumped at the opportunity, having a particular interest in the North American Gopherus tortoises. When John arrived at my house with the tortoise, I was shocked to see its condition. The attack left the tortoise with a punctured carapace, a badly cracked plastron,  crushed forelimbs, and exposed muscle tissue that had been pulled out of its forelimbs. The anterior lobe of the plastron was nearly chewed off, including the gular horn. I had my doubts that the tortoise could survive, but made an immediate appointment with my tortoise veterinarian, Dr. Tom Greek. 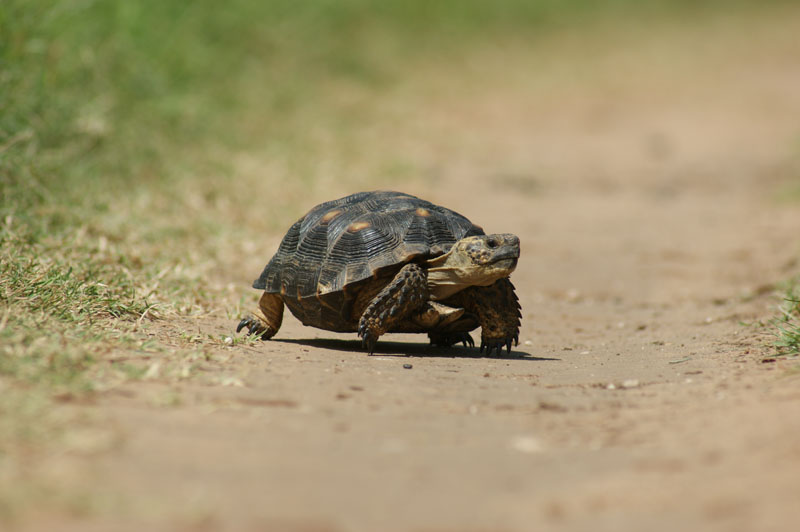 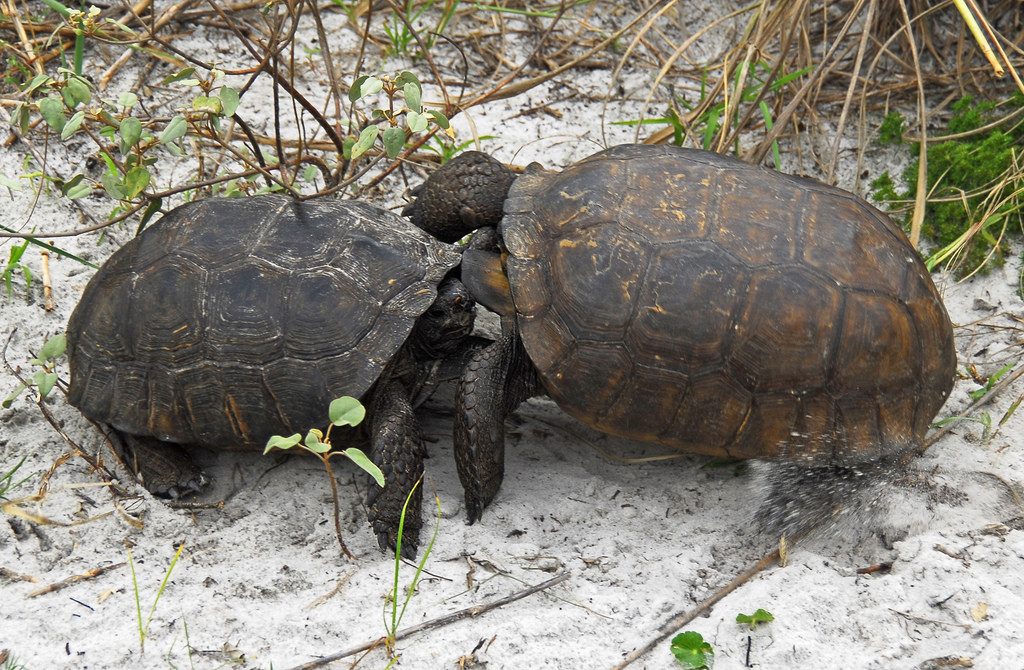 Dr. Greek’s assessment of the injured Berlandier’s tortoise gave me hope, and I returned home with antibiotics and other medications to keep the tortoise’s wounds clean and free from infection. After about a week of cleaning the wounds and administering antibiotics and antiseptic salve, it was clear the tortoise would live, though I wasn’t sure if he would be able to walk due to losing one of his bicep muscles in the attack. After two weeks, the swelling subsided in his forelimbs and I finally saw evidence that he was taking food (though he was still far too traumatized and shy to eat in front of me). With all these positive signs of recovery, it was time to give him  a name: Toby the Tortoise! Within a month, Toby was well enough to spend his days in the yard, though he remained exceedingly shy, pulling into his shell whenever I approached. Over the next several months I worked with Toby to get him over his shyness, using food (lettuce) as a motivator. Today, more than a year after the attack, he comes to me when I bring food, but he still avoids most interactions with me, evidence of his past trauma. His forelimbs have healed nicely, and he’s able to walk without a noticeable limp. In short, his recovery has been remarkable, a testament to the toughness and resiliency of tortoises. Toby’s only handicap following the attack is his lack of a gular horn.

Toby the Berlandier’s tortoise, more than a year after the dog attack.

Gular horns are a hallmark of the Gopherus species, and all of the extant species exhibit this trait. My dissertation research examined evolution of the trait in tortoises, and I determined that males of the first Gopherus species, Gopherus laticuneus, exhibited massive gular horns of epic proportions. Gopherus laticuneus lived in the Great Plains and Front Range regions of North America during the late Eocene and early Oligocene Epochs, a period characterized by increasingly xeric conditions and the spread of grasslands across the continent. In this environment, the burrowing adaptation of Gopherus laticuneus allowed it to spread and thrive in the hot, dry Oligocene grasslands. It also favored the evolution of morphological weaponry in this species, as is seen in other animals that occupy burrows from which resources (females, eggs) may be defended (Emlen 2008). As I worked on my dissertation over the past year, I came to realize that although Toby would live a long, healthy life, he would be at a particular disadvantage because of his missing gular horn, especially if he were ever to interact with members of his own species. Having seen several Facebook posts about tortoises that suffered injuries and subsequently received prostheses, I wondered if Toby’s lack of a gular horn could be remedied with a similar procedure. 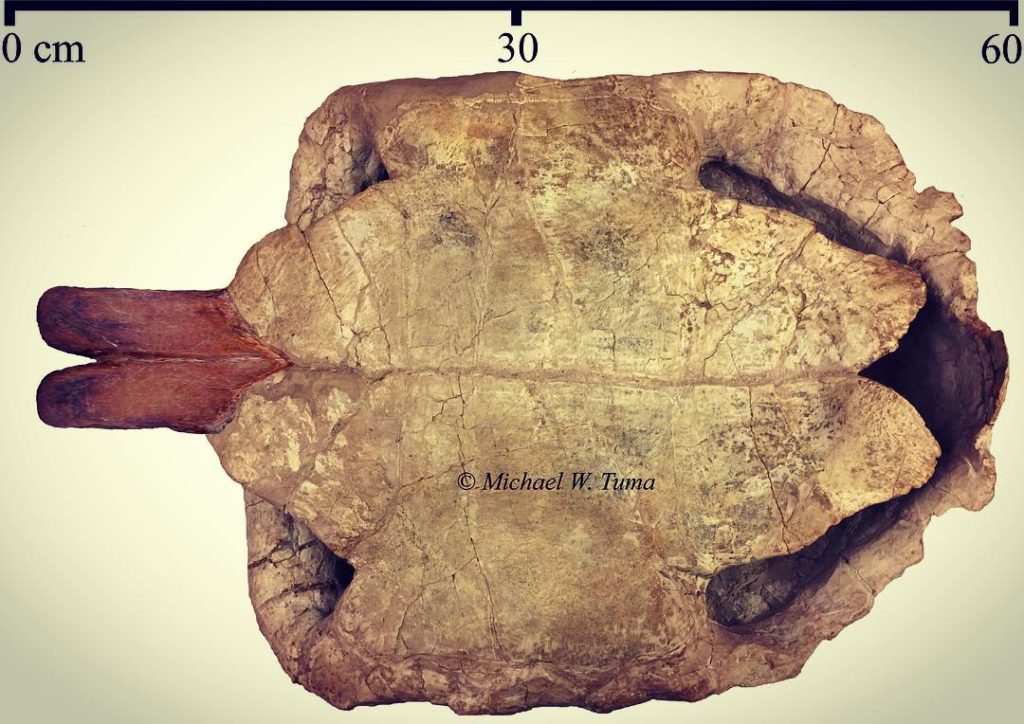 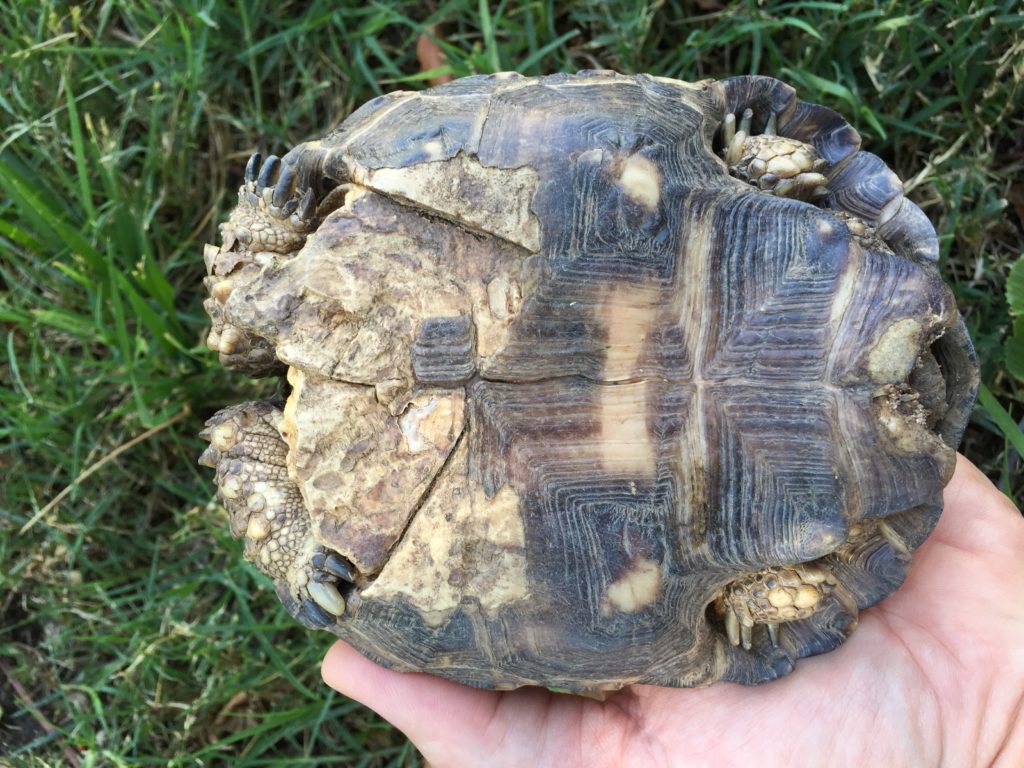 A view of Toby the Tortoise’s plastron approximately one year following the dog attack. Toby’s wounds have healed, but the anterior lobe of his plastron was badly damaged, and his gular horn had been completely chewed off during the attack. Photo by Michael Tuma.

One of the groups that had achieved success in manufacturing prostheses for tortoises is the 3D Printing Store in Englewood, Colorado.  They had recently fashioned a prosthetic jaw for Boris the Tortoise,  a Greek tortoise that suffered a badly broken face after having been bitten by an African spurred tortoise. They also made a prosthetic carapace for Cleopatra, a leopard tortoise that suffered from pyramiding after a bad bout of metabolic bone disease. I reached out to the 3D Printing Store through their Facebook page, told them of Toby’s condition, and within an hour I received a phone call from Justin Finesilver, their Director of Operations & Marketing. After a short discussion about tortoises, gular horns, and 3D printing, Justin thought Toby would be an excellent candidate for receiving a prosthetic gular horn. To say I was excited about Toby’s future would be a massive understatement! I’m especially excited about telling Toby’s story within the context of my dissertation research on gular horn weaponry in tortoises. 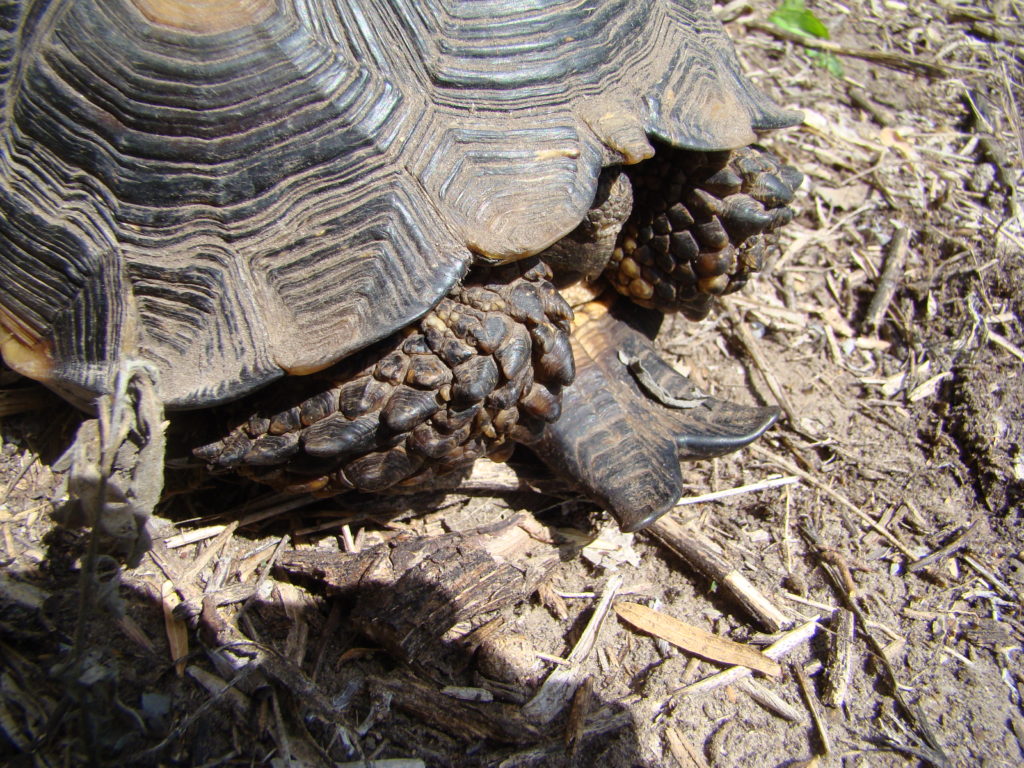 Close-up of a male Berlandier’s tortoise showing his gular horn, an extension of the anterior plastron. Photo by Nancy Lawson.

I’ve provided photographs and measurements of Toby to the 3D Printing Store, and they will be initiating the design of his prosthetic gular horn this week. Stay tuned for more details!